After several attempts and close encounters, the bowhunting crew was able to put it all together as Jimmy decoyed a Pope & Young pronghorn antelope from nearly 1,000 yards out.  Byron buried his pin and let the arrow fly, shortly there after they were giving high fives and celebrating over a well earned trophy.

The 2013 Arizona Archery Pronghorn Antelope season was an EXTREMELY wet hunt.  Although this hunt historically is held right during the middle of the Monsoon season, typically you will catch a few days of dry weather.

Cody Conklin booked with us & he was wanting to best his 78″ buck from earlier in his bowhunting career.  This was a challenge we were looking forward to conquering, but we knew it would be difficult as the conditions were not set-up to sit water and pattern a big Arizona pronghorn.

As the wet weather pounded us on this hunt, we could only hunt a few of the places we wanted to.  During pre-season scouting we had found a buck around the 79″ mark, but was just pretty as hell.  Once Cody saw the buck, we headed out after him.

We crept close to this buck and actually got a shot, just before a huge thunderstorm chased us back to the truck.   Bowhunting pronghorn antelope can be very frustrating, because so many things have to go right and then they are EXTREMELY quick animals.  It’s super important to shoot at the bottom third on pronghorn, because they will move!

A few days later, we found a TANK of a buck, but he was in a horrible place for any bowhunter. Fortunately for us, we located another buck we knew of and he was in a great spot. This was also a stud pronghorn, although he wasn’t as flashy looking.

We had a couple chances at this big pronghorn, but unfortunately it got dark & then the RAIN came again! This time it rained so much we had to hunt off of the main drags, thus it limited how many big bucks we could hunt.

We found a herd of 18 pronghorn, which had one high 70’s type buck in the bunch, but he was real unique. As time was winding down, Cody decided he wanted to get a closer look. We got real close, but things just didn’t go our way and the buck escaped.

On the second to last day, we caught a REAL big break. We found a buck we had been looking for and he was in a great spot. We hung with the buck and his does all day. After we bumped the herd, they held up and Cody was able to get a shot, but the buck just ducked in the nick-of-time.

On the last day, we relocated the big buck and shadowed the herd for a few hours.    We kept creeping and then, the EPIC  Pronghorn Antelope fight happened and the rest was history… 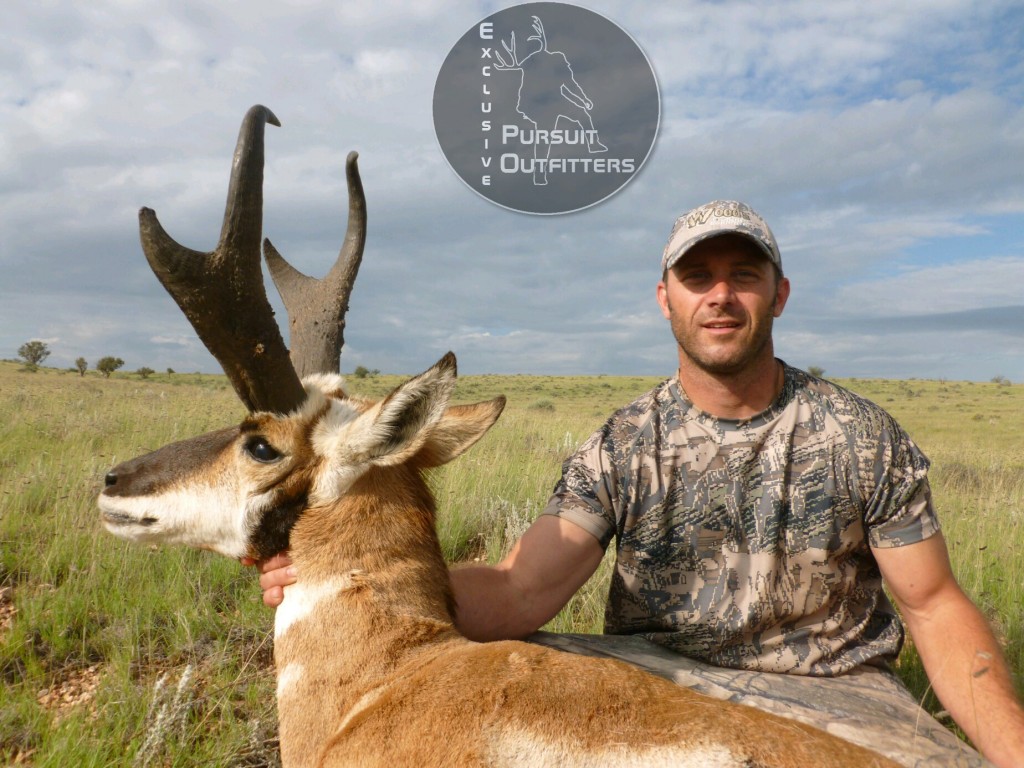 Despite one of the most furious Arizona Monsoon Seasons, we managed to put our hunters on some great Arizona Pronghorn Bucks in 2013.  Our only rifle hunter, Tony, killed a 84.5″ unofficial tank, despite furious competition and massive Monsoon flooding. 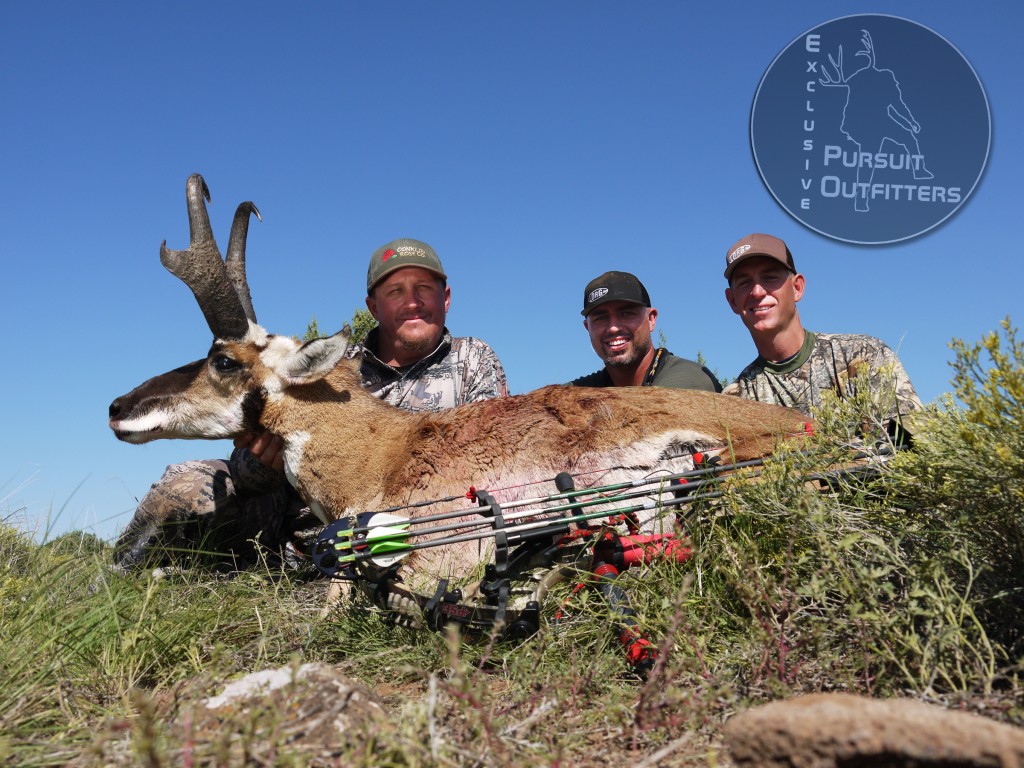 Our Arizona Archery Pronghorn clients, Mike (below) & Cody (above), took a couple outstanding spot & stalk Arizona archery antelope.  The conditions were horrible for archery hunting over water, so it was a must, to get out in the wet stuff & hunt hard. 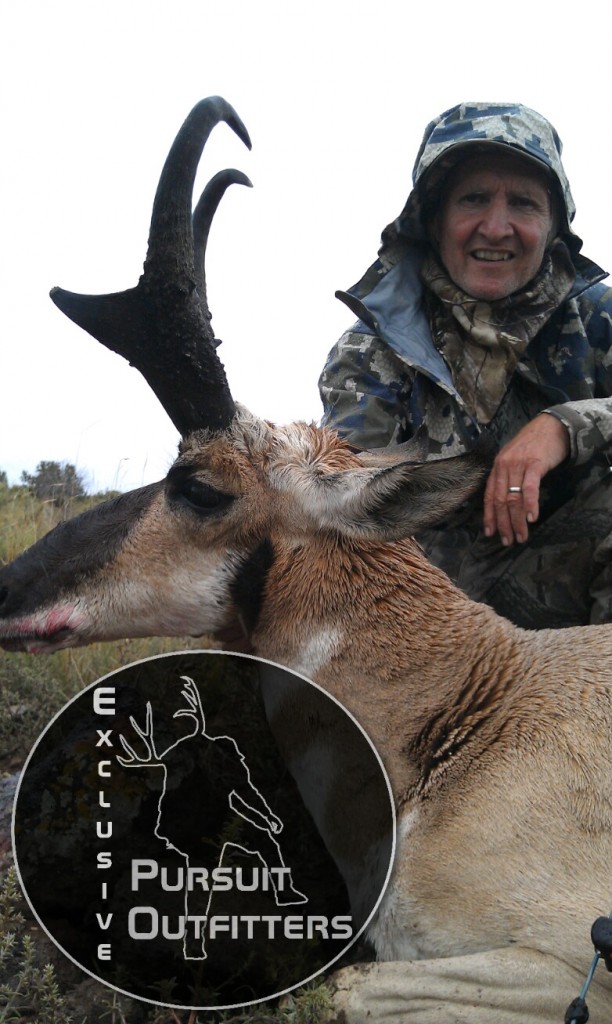